More answers from Dr. Boyd Haley and additional comments from Dr. Kennedy about OSR and AUTISM

More answers from Dr. Boyd Haley and additional comments from Dr. Kennedy about OSR and AUTISM

Following Dr. Haley interview, he is answering more questions about OSR/EMERAMIDE or NBMI, a heavy metal chelator with amazing properties:

* Can OSR stop purinergic signaling from happening if it’s only due to metal chelation effects or if the antioxidant effect of OSR also plays a role in this?

At this time we do not know the mechanism of action of NBMI towards purinergic signaling.

* What do you think about ionic foot baths removing mercury?

I tested the material removed by ionic foot baths at the request of a mercury toxic person several years ago. There was no detectable mercury in this material.

* As dr. Haley has predominantly worked with acute toxicity, I would like to know what he thinks the prognosis (with Ameramide) would be for severe chronic toxicity.

Due to the antioxidant properties of emeramide which exists in both acute and severe chronic mercury situations I am convinced our drug would be effective in both cases. Also, I have tested the urinary mercury levels in chronically mercury individuals before and after emeramide treatment and this significantly decreased the urinary mercury levels. Mercury moves about the body somewhat and this makes it susceptible to emeramide chelation and removal of toxicity. Plus, our testing with radioactive emeramide (14-c-emeramide) showed that our drug gets into the cytoplasm of all cells of all tissues where mercury is known to have toxic effects as both mercury vapor and emeramide are hydrophobic molecules.

* Are there real success stories on this product as regards mercury toxicity and autism? Because I have not come across any.

I copied every email concerning OSR#1 treatment of autistic children in 2008 and 2009. I have them on my computer in electronic form and, in general, they are very positive. There were NO adverse effects reported other than about 3 who developed a rash that resolved on stopping treatment. These 3 seemed to be able to take OSR after supplementation with molybdenum for about 2 weeks.

* Does efficacy depend on toxicity level or dose? What’s the right dose for autistic kids?

It definitely depends on dosage and the age, size of the child and how long he has been toxic. OSR#1 (aka emeramide or nbmi) only stops the oxidative stress and heavy metal toxicity. It does not enhance the repair of these tissues and the level of tissue damage is what has to be considered as repair of severely damaged neurons in the CNS is difficult to achieve. It needs to be extensively studied.

* How long should it be used before seeing any clinical improvement in the child?

* Is there a history of improving autism with OSR?

Yes, the likely reason, in my opinion, that the FDA shut emeramed down was the reports from autistic blog sites that OSR#1 gave the best effects on eliminating the gastric issues of the parents autistic child.

* Can it be used during pregnancy?

My opinion is yes. OSR was sold as a dietary antioxidant. We have not seen any signs of drug related adverse effects in all our studies in humans.

* I observe that OSR makes candida worse. My son is allergic to sulphur and I observe he reacts the same to OSR. How can I get the mercury out of his body if he reacts to the best chelator available?

If not already done, I would recommend a two week pretreatment with a molybdenum containing supplement. The negative response to sulphur containing compounds like OSR is due to the build up of toxic sulfite due to inactivity of the enzyme sulfite oxidase (converts toxic sulite, so3-, into non-toxic sulfate, so4-2, which is readily excreted in the urine). This enzyme, sulfite oxidase, requires molybdenum as a cofactor to become active at removing toxic sulfite. A study by dr. Rosemary Waring of England reported that autistic children had about 50 times higher toxic sulfite levels than did neurologically normal control children.

* Is there a recommended dosage for treating autism with OSR. Is it age dependent or weight? Do we need to slowly ramp up or can we start with a high dose?

In my opinion, always start low (25-50mg/day) and slowly ramp up to 200 to 400mg/day. Parents can watch the child and adjust dosage better than anyone as all children are different.

* Is there a minimum age to give OSR? Could I give to a 2 year old and above what dose would be recommended?

It is safe at all ages. Always look for a rash which is the first sign of adverse sulfite production. Get him/her to 200mg/day or higher.

* Is there a recommended “maintenance” dose after recovery is achieved or can OSR be stopped completely?

I know of parents that have obtained reversal of autistic symptoms and stopped treatment with no recurrence. These were usually with the very youngest autistics.

* My son is 9 years old and since last month I have been giving him OSR. He reacted well. Can a small dose of 15-25 mg transdermally dissolved in Emu oil be given for 1-2 weeks or more?

I don’t have any experience but it would not cause any major problem in my opinion.

No, if your son has gastric issues I would recommend that he take the OSR orally.

* Please tell / ask Dr. Haley to write a book (like Andy Cutler) about how to chelate mercury / how to detox from chronic mercury poisoning. This is what is now missing from him. There are only a few papers, but they are several years old, there is nothing new written from him about his chelator.

The likely FDA response keeps me from writing about OSR treatment of autism. I have been directing the required studies to get emeramide approved for other clinics and mds to study. Also, the major best response of using OSR (emeramide) to treat autistic children will be determined after it is approved and being used by experienced mds and biomedical researchers

* Would there be a benefit in combining ALA and OSR?

I don’t know as Emeramed has not tested this.

* Does ALA reach tissues that OSR can’t reach?

No, our radioactive studies show that OSR reaches the cytoplasm and mitochondria of all tissues.

* Does OSR remove the need for half-life dosing of ALA?

If you are doing both, it would.

* Thank you for doing this. I would love to understand why even micro doses of OSR can cause an adrenal crash and insomnia in those with chronic mercury toxicity, from a scientific perspective and potential hypothesis he would have to alleviate that.

I don’t really know but I would think the reduction in hydroxyl free radicals would be involved in this situation as this is the most likely cause of the change in the insomnia reported.

Dr. Kennedy used OSR in his US clinical practice for a few years while the FDA allowed its use. Dr. Kennedy has also offered to answer some questions from Natalia:

It makes no difference if consumed with or without food. Second, it won’t dissolve in water, but you certainly can wash it down with water.

I typically just put it under my tongue and eventually some will be absorbed and the rest swallowed.

My dosing recommendation for removing oxidative stress and mercury (Hg) is as follows:

Then if not thiol sensitive: take 300 mg AM and PM for 4 days. Take a day off then 100 mg every one to two days depending on how much you have on hand.

If you are thiol sensitive: First supplement with molybdenum (Mb) at 100µg/day for a few days, then test with 100 mg. Do this several times and the thiol sensitivity will gradually resolve. The reason for thiol sensitivity is most likely the displacement of Mb by Hg. Once you take enough OSR the Hg is gone, and your body will replace the missing Mb.

What I predict will happen is 90% of mercury and most oxidative stress will be bound and excreted in 72 hours. Radioactive studies in animals show this.  The remainder will be totally gone in 72 days. OSR removes Mercury is very fast but some of the other metals take longer because they may not be near any circulating blood like for example lead in cortical bone. You have to remodel bone to expose that sequestered lead to OSR. That’s why I recommend a long treatment. It works the best.

The only problem I know of is thiol sensitivity. OSR#1 has two thiols. That is how it instantly attracts mercury by presenting beautiful unattached thiols. If you’ve been mercury poisoned for a long time your ability to digest sulfur metabolize thiols may be compromised by mercury displacing molybdenum (Mb) from the enzyme molybdopterin. Sulfite sensitivity is actually a rare symptom of mercury poisoning, but OSR#1 has helped people recover from this symptom. Not everyone who is mercury poisoned is sulfur intolerant. FYI none of the gold miners had sulfite intolerance so it is obviously highly variable.

Mercury displaces essential minerals especially iron, copper, and molybdenum. You would notice this when exposed to sulfites from wines or perhaps MSG in foods or condiments. OSR#1 does contain sulfur in a precise configuration because that is the only element that will irreversibly bind mercury. Sulfur intolerance may be expressed as itching or headache. I recommend you begin by taking a small trial dose of about 50 mg to determine if you tolerate the compound then 300 mg/day (Short white spoon slightly rounded). Since OSR#1 stays active for about 2 days after the first week. You can try to take it every other day to conserve it.

If you determine you are sulfur intolerant do not despair as OSR#1 over time can reverse this condition if you supplement with 100 micrograms of molybdenum. After a few days you may be able to use OSR#1 without difficulty as OSR will pull the mercury off the enzyme molybdopterin and your supplementation will allow your normal processing of sulfur to recover. This symptom will likely resolve.

The majority of people who are mercury poisoned got injured because of mercury/silver amalgam fillings. If you have these fillings deceptively called “Silver” you should get them removed safely. The IAOMT has a safe amalgam removal certification. No dental school teaches this so ordinary dentists can and have made this condition much worse by carelessly removing mercury fillings. Go to the IAOMT’s website to find a trained mercury-safe dentist. For your protection I recommend you take OSR#1 at least 2 hours before dental work involving mercury.

As far as gadolinium chelation we’ve done no clinical trials, but we do have an understanding of Gd behavior, and it should be attracted to NBMI. In addition, there are several individual reports of NBMI being of substantial benefit primarily in reduced pains. 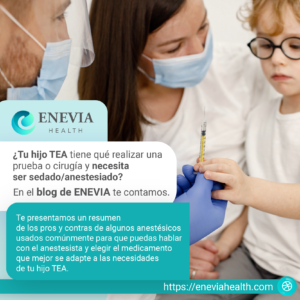 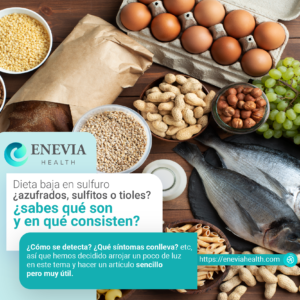